The Kids Are Back In Town

The imposition of a debt tax on the basis of Australia being in a debt crisis is simply untrue, according to the Palmer United Party federal leader and Member for Fairfax, Clive Palmer.

Mr Palmer said the Abbott government’s case for a debt tax was equivalent to a child’s fairy tale.

“OECD figures show Australia’s general government net debt as a percentage of GDP in 2013 was 13.5 per cent whereas the OECD average for advanced economies was 73.5 per cent,” he said.

“So it is clear that Australia has one of the strongest profiles of low debt among all OECD countries.

“There is no debt crisis and therefore the excuse to impose a debt tax is a breach of promises made to the people of Australia by Prime Minister Tony Abbott and a betrayal of the trust the Australian people have put in the government.

“Politicians lie too much and the result is the Australian people suffer the consequences of their lies.

“Politics seems to be about getting elected the first year and then blame the Opposition for the terrible state of things. Then you grab as much money as you can from the Australian people in the second year by raising taxes and in the third year you release the money raised from the heavy lifting to get re-elected without any regard for what’s best for the Australian economy.”

Mr Palmer said the upcoming federal budget is a cruel attempt to destroy the hopes and aspirations of Australians.

“The budget is designed so Tony Abbott can act irresponsibly in year three to get re-elected by handing out money or selling our public assets,” he said.

“We’ve got the kids running the country and we’ve got to get some adults in power who will at least be honest with the Australian people.” 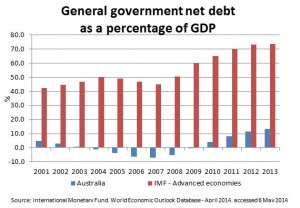