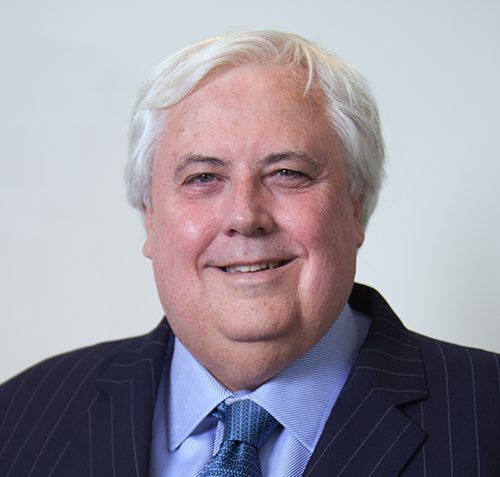 In 2012 Mr Palmer was elected by the popular vote of the Australian people as a National Living Treasure, awarded by the National Trust.

He was named as the Mining Entrepreneur of the Decade by Government Australia Magazine. Mr Palmer’s projects and companies have been responsible for creating over 60,000 jobs in Australia over the last 30 years. He served in the House of Representatives in the 44th parliament of Australia and has a strong commitment to public service both in Australia and internationally.